This year’s Konsept Art & Music Festival was officially lit! The 3-day event, usually coordinated solely by Konsept, was extended to ten different organizers, and included ten stages, over 40 vendors, five art shows and one of the largest turnouts thus far.

“I’ve been thriving with Konsept for 5 years, before it was actually Konsept. It’s been cool to see it escalate from nothing to something big.” said performer Clemmie Williams. 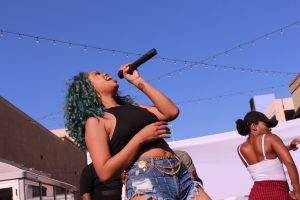 “I feel like I’ve been apart of the process.” he said. 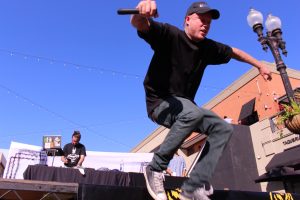 The free event, which took place Nov. 4-Nov. 6 had a wealth of entertainment for everyone. Mosh pits, skating rinks, break dancing, low riders and much more.

The festival is put on every year and gives attendees a glimpse of Santa Ana and its evolving culture. Live music is a huge part of the Konsept festival and the crowds migrated to each stage, one by one to see the acts perform.

“It feels good seeing all these people walking around supporting art. Cars, music,everything like that, who wouldn’t want to be apart of it” said performer Bob Taylor.

“It was fun performing and a lot of people were walking by. It’s kind of like a daily vibe” he said.

SOCAL Radio hosted a stage, and had a number of local artists like Hippie C, Apollo Bebop, King Marie, Charlie Jay, DJ Allie Rockk and more represent their craft. The versatility on the stage was epic, but the messages portrayed were powerful as well.

“The music I do has no limits.” said performer Charlie Jay.

“I like a variety of different music, because music is all [about] sounds. Once you have a certain sound, and put some lyrics behind it [with] dope melodies, it’s going to be beautiful no matter what it is.” he said. 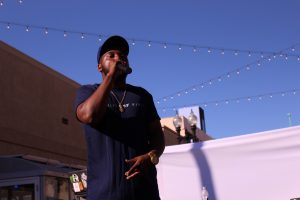 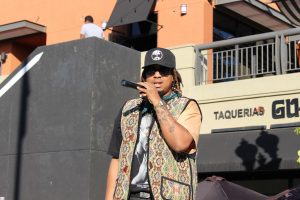 The hip-hop scene in Santa Ana in particular is on the rise, and this festival is proof of that.

“A lot of people that are around me come from different demographics.” said local performer Hippie C.

“So I grab something from every pool and bring it together, to where you can have the hipsters and the gangsters in the same space vibing out.”

A crowd favorite had to be Apollo Bebop, of Santa Ana, Calif. The group, comprised of Brian (emcee), Chris and Dom (guitar and bass), DeAndre (saxophone) and Donovan (drums), has a sound that’s described as “jazz meets hip-hop”.

“We’re heavily influenced by all types of jazz, and it ranges to hip hop artists like A Tribe Called Quest,The Roots, Anderson Paak and artists like that.” Brian said. 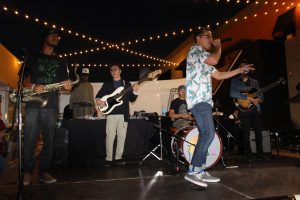 This year’s Konsept Art & Music Festival will go down in history. The idea of celebrating culture, music and art in a atmosphere that’s diverse and free of judgement and chaos is important. I can’t wait to keep following the growth of this festival and see what raw talent they have in store. To stay up to date on future festivals by Konsept, be sure to follow them on Facebook.