Hey guys! Anyssa here coming to you from the roads of America to tell you about another amazing music festival! As some of you may know, I have been traveling through the Midwest for the last few months exploring the music scene, and as summer turns to fall, we are saying goodbye and heading to the East Coast. Temperatures are slowly dropping and citizens of Chicago are preparing for another long winter, but not before they throw one last outdoor event! 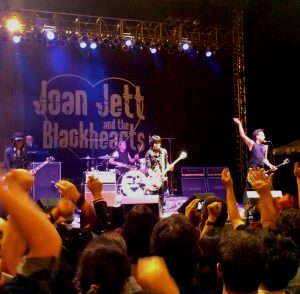 Joan Jett and the Blackhearts performing at RF 2013

Chicago is getting ready to Riot with the 15th annual Riot Fest held every September. This year it will take place at Douglass Park from the 16th through the 19th. Established in 2005, Riot Fest marks the end of the outdoor concert season. It’s one of Chicago’s most popular music festivals and the only one specializing in punk, rock, alternative, metal and hip-hop. Each year the music fest boasts some of the biggest names in each category. Some alumni include Joan Jett, Blondie, My Chemical Romance, Sublime with Rome, Weezer, No Doubt, Snoop Dog and The Cure, just to name a few.

Sadly, due to safety concerns surrounding COVID I will not personally be in attendance this year but as someone who has gone multiple times in the past, I highly recommend it! The festival isn’t just music; it has lots of carnival rides, sideshow acts, amazing Chicago food vendors and if you’re lucky, the famous butter sculpture of John Stamos. Not enough? This year Riot Fest is attempting to top itself for your entertainment. A preview party held Thursday the 16th is offering a singing contest, a dunk tank where you can attempt to drench the Riot Fest Twitter guy and a wedding chapel. You read that right: this year you and your punk rock boo can legally tie the knot at one of the most rad fests in the country! Just bring a marriage license and you’re all set! 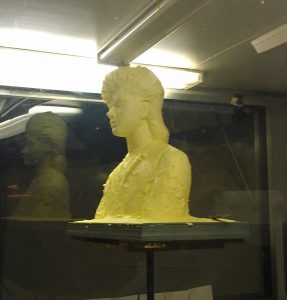 With all of these exciting events and attractions going on simultaneously, it’s easy to get distracted from the main event but this year has some incredible headliners. Riot Fest has a strong start with one of the most talented musicians kicking off the weekend, Morrissey. Front man for the legendary punk band, The Smiths, Morrissey sets the tone for this punk fest bringing both melancholy classics and upbeat new music. Leading up to Morrissey is a range of old and modern classic acts from Alkaline Trio to Patti Smith.

Carrying the fest through the weekend include punk, hip-hop and rock favorites Rancid, The Smashing Pumpkins, DEVO, Machine Gun Kelly, and Lupe Fiasco.  The fest includes 5 main stages packed with performance by lots of other notable artists as well as a few local bands.

If you ever find yourself in the windy city in September and need a fix for some great rock music, add Riot Fest to your festival bucket list. This festival is super unique and will have you on your toes with excitement and anticipation. I had a blast in the Midwest and can’t wait to see what musical treasures await on the East Coast! See you guys soon! 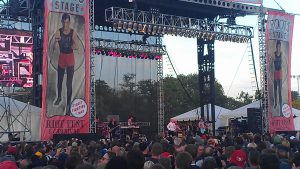 More information on the fest can be found on the Riot Fest website: